Six Records of a Floating Life - By Shen Fu 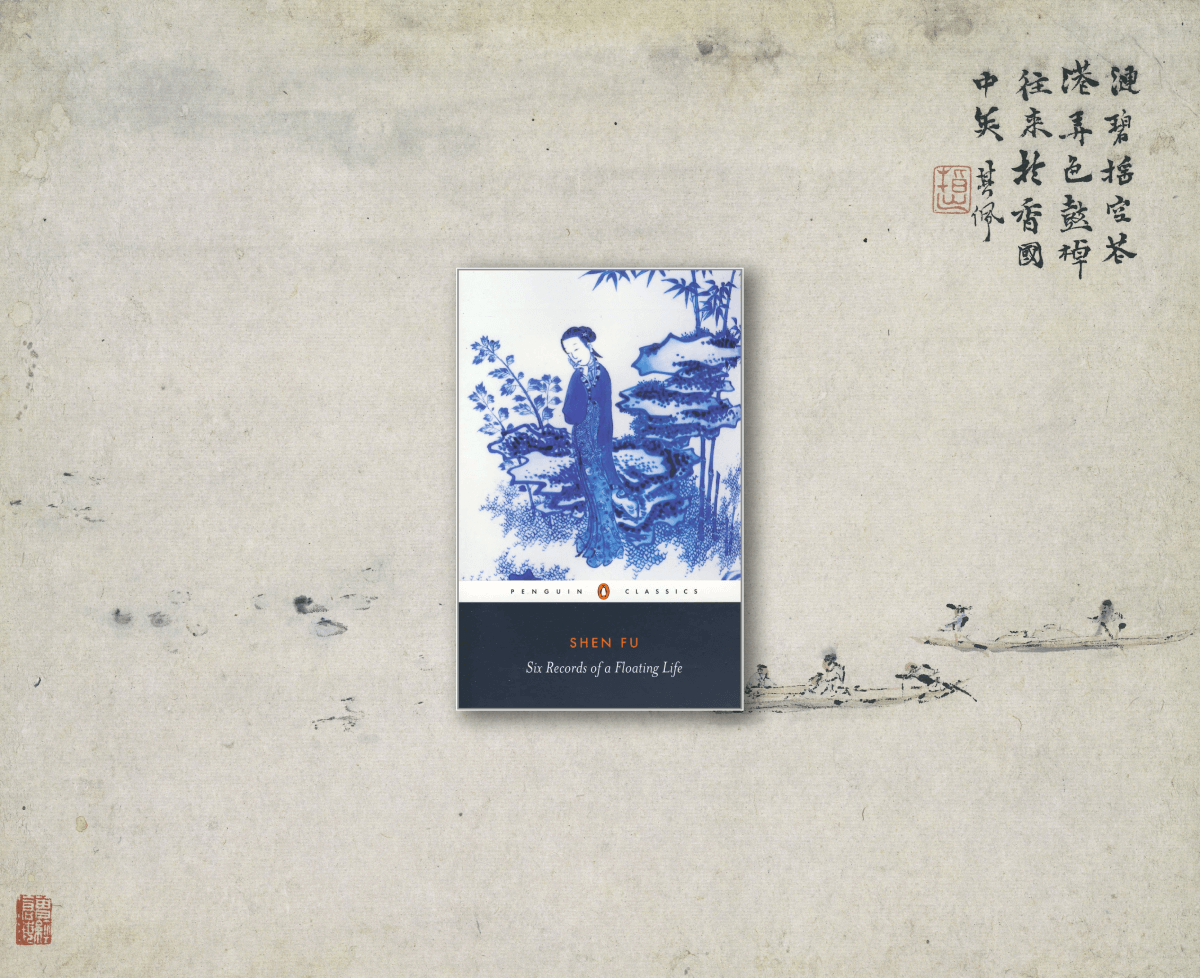 Reading notes for Shen Fu's book "Six Records of a Floating Life".
Shen Fu was born in Changzhou in 1763. He was known as a great writer and wrote this book, which is one of the best known descriptions of everyday life during the Qing Dynasty.
It is amazing to see what the life looked like around 250 years ago when people have no Internet or phones but live a harmonious life.

About half a li from my house, on Vinegar Warehouse Lane, was the Tungt’ing Temple, which we usually called the Narcissus Temple. Inside there were winding covered paths and a small park with pavilions. Every year on the god’s birthday the members of each family association would gather in their corner of the temple, hang up a special glass lantern, and erect a throne below it. Beside the throne they would set out vases filled with flowers, in a competition to see whose decorations were most beautiful. During the day operas were performed, and at night candles of different lengths were set out among the vases and the flowers. This was called the ‘lighting of the flowers’. The colors of the flowers, the shadows of the lamps, and the fragrant smoke floating up from the incense urns, made it all seem like a night banquet at the palace of the Dragon King himself. The heads of the family associations would play the flute and sing, or brew fine tea and chat with one another. Townspeople gathered like ants to watch this spectacle, and a fence had to be put up under the eaves of the temple to keep them out. One year some friends of mine invited me to go and help to arrange their flowers, so I had a chance to see the festival myself.

Every year chrysanthemums would grow east of the fence, blooming in the autumn. I preferred to pick them and put them in vases, rather than raise them in pots. It was not that I did not enjoy looking at them in pots, but because our house had no garden I could not grow them in pots myself, and had I bought them in the market and transplanted them, they would have looked all jumbled and wrong. I did not want that.

When putting chrysanthemums in a vase one should select an odd number of flowers, not an even number. Each vase should contain flowers of only a single color. The mouths of the vases should be wide so that the flowers can spread out naturally.

Some of the flowers should stand up gracefully, while others spread out at angles. Some should be high and some low, with a few buds in between, to keep the arrangement from looking stiff and unnatural.

The leaves should not be disorderly and the stems should not be stiff. If one uses pins to hold the flowers in position they should be hidden, the long pins cut off so that none protrude from the stems. This technique is called ‘clearing the mouth of the vase’.

From three to seven vases can be arranged on a table, depending on its size. No more than seven vases should be set out on one table, or it will not be possible to tell the eyes from the eyebrows, and the arrangement will look just like the cheap chrysanthemum screens sold in the markets. The stands should be from three or four inches to two feet and five or six inches tall. They should be different in height, but should be in proportion to one another so that there is an attractive relationship between the appearance of them all. If there is a tall stand in the centre with two low ones at the sides, or if the ones at the back are tall and the ones in front are low, or if they are set out in pairs, they will look like what people call a ‘beautiful pile of trash’. Whether the flowers should be dense or spread out, whether they should lean towards the viewer or away, all depends on the sense of pictorial composition of someone who knows how to appreciate them.

In laying out gardens, pavilions, wandering paths, small mountains of stone, and flower plantings, try to give the feeling of the small in the large and the large in the small, of the real in the illusion, and of the illusion in the reality. Some things should be hidden and some should be obvious, some prominent and some vague. Arranging a proper garden is not just a matter of setting out winding paths in a broad area with many rocks; thinking that it is will only waste time and energy.

To make a miniature mountain, pile up some dirt, then place stones on it and plant flowers and grass here and there. The fence in front of it should be of plum trees, and the wall behind it should be covered with vines, so that it will look just like a mountain even though there is no mountain there.
This is a way of showing the small in the large: in an unused corner plant some bamboo, which will quickly grow tall, then plant some luxuriant plum trees in front to screen it.

This is a way to show the large in the small: the wall of a small garden should be winding and covered with green vines, and large stones decorated with inscriptions can be set into it. Then one will be able to open a window and, while looking at a stone wall, feel as if one were gazing out across endless precipices.

Here is a way to show the real amidst an illusion:arrange the garden so that when a guest feels he has seen everything he can suddenly take a turn in the path and have a broad new vista open up before him, or open a simple door in a pavilion only to find it leads to an entirely new garden.

When lotus flowers bloom in the summer, they close up at night but open again in the morning. Yün used to put a few tea leaves in a gauze bag and put it inside a lotus flower before it closed in the evening. The next morning she would take out the tea and boil it with natural spring water. It had a wonderful and unique fragrance.

The Death of Yün

‘I have been happy as your wife these twenty-three years. You have loved me and sympathized with me in everything, and never rejected me despite my faults. Having had for my husband an intimate friend like you, I have no regrets over this life. I have had warm cotton clothes, enough to eat, and a pleasant home. I have strolled among streams and rocks, at places like the Pavilion of the Waves and the Villa of Serenity. In the midst of life, I have been just like an Immortal. But a true Immortal must go through many incarnations before reaching enlightenment. Who could dare hope to become an Immortal in only one lifetime? In our eagerness for immortality, we have only incurred the wrath of the Creator, and brought on our troubles with our passion. Because you have loved me too much, I have had a short life!’

Later she sobbed and spoke again. ‘Even someone who lives a hundred years must still die one day. I am only sorry at having to leave you so suddenly and for so long, halfway through our journey. I will not be able to serve you for all your life, or to see Feng-sen’s wedding with my own eyes.’ When she finished, she wept great tears.